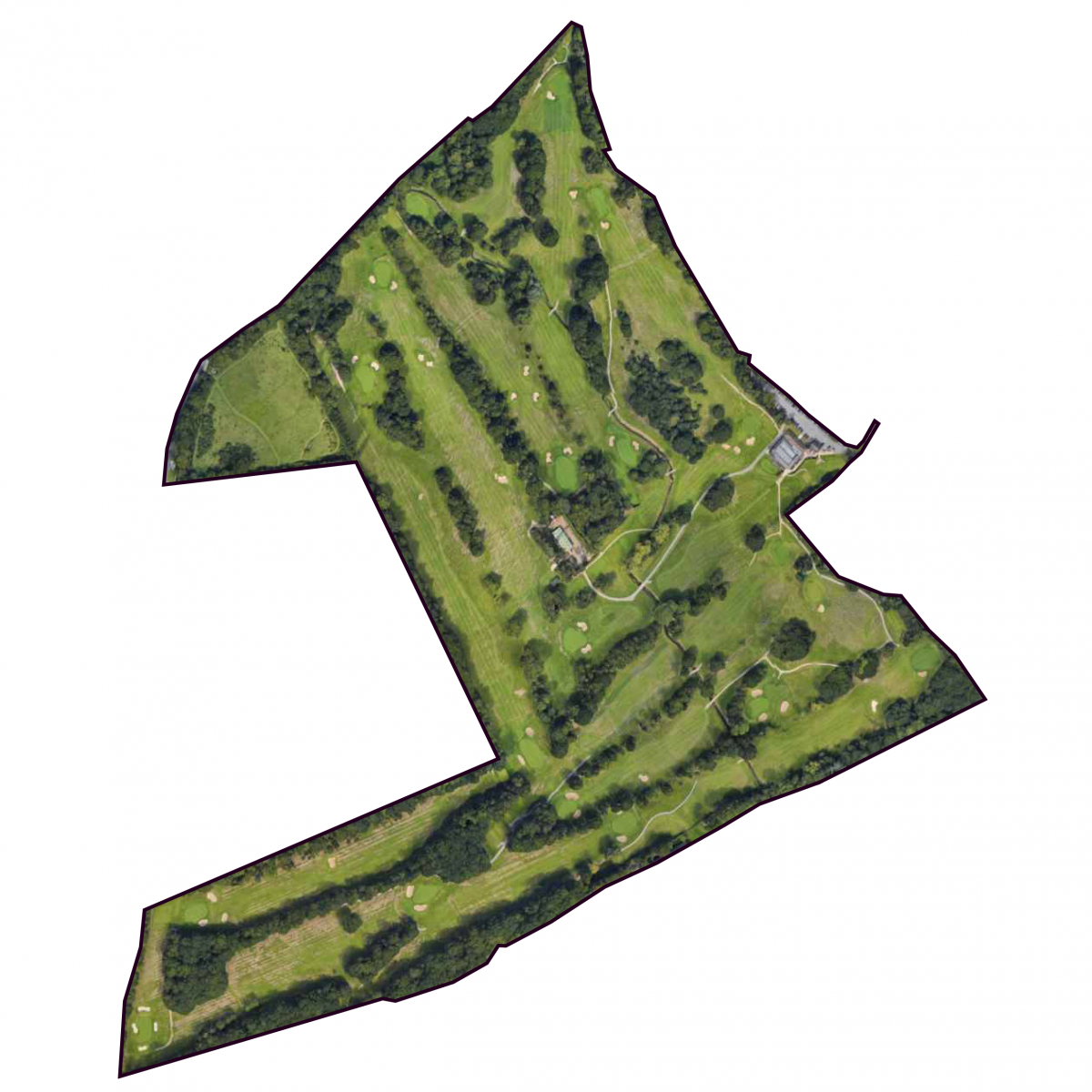 Enfield golf course has 18 holes and a total area of 38.72 hectares, with nearly half (18.88 ha) falling within the new London Plan Policy H2 zone. The course is one of four in the borough which are owned by the Council, the others being Crews Hill Golf Club, Whitewebbs Park and Trent Park Golf Course. The borough has a further two privately-owned golf courses, plus the Lee Valley golf course, which is owned by the regional park authority. The entire course falls within a wider area of Metropolitan Open Land, which extends to a total of 62.67 hectares.

The maximum daily player capacity of this course is 216 – or 72 players at any one time. That is the equivalent density of 0.54 hectares per person.

If the area of this golf course within the H2 zone were redeveloped for housing, at 60 dwellings per hectare, 1,132 homes could be provided – enough to house 3,400 people at around three people per dwelling: a third of all Enfield’s residents who currently live in temporary accommodation.

Returning the remaining area of golf course to public park would maintain 43.79 hectares of Metropolitan Open Land. Alternatively the course could be reduced to nine holes within the same area, with a mean hole area of 2.2 hectares; slightly below the average for a typical London course.

Although the loss of some of the course would be inconvenient for some, Trent Park Golf Course, which features 18 holes and is also owned by Enfield Council, is a six minute drive away. As far back as 2010 the operators of Trent Park Golf Club were reporting a steady reduction in membership. Perhaps the consolidation of two nearby courses might help arrest this decline?

Currently the club’s annual green fees range from between £572 for junior players to £1,610 for those over 40 years of age. Visitors can pay £35 for a round of golf during the week, or £45 on Fridays, although access to non-members is limited at certain times of the week.

There is some debate about the biodiversity value of golf courses. Intuitively, large areas of green space would appear to make an important contribution to the greening of the city, but on the other hand, to ensure an acceptable playing experience much of this space needs to be carefully maintained through frequent watering and cutting, particularly on fairways and greens.

The New London Plan (adopted March 2021) provides a useful procedure for establishing an approximate value for open space through its “Urban Greening Factor” policy G5. Although targeted at new developments, we can use this method as a comparative measure to compare different types of open space.

Measuring the different types of area of Enfield Golf Course using aerial photography it is possible to establish the approximate proportion of the course’s area taken up by each.

This analysis provides an Urban Greening Factor (UGF) of 0.61 for Enfield Golf Course. The London Plan Policy G5 recommends that residential developments achieve a minimum UGF of 0.4.: not significantly below that achieved by a “green” golf course.

Due to the definition of Metropolitan Open Land captured within the policy G3 of the new London Plan, any development within the setting of an urban golf course would need to avoid compromising the requirement for MOL to be “clearly distinguishable from the built-up area”. The replication of existing patterns of suburban development in the form of streets and houses would not be acceptable in these terms. Instead, clusters of high-density accommodation set within a green landscape, linked by cycle lanes and service routes might be a more appropriate response. The open spaces inbetween these clusters could be heavily planted, with woodland, allotments, meadowland and play space.

As an example, the diagram below shows the southern half of Enfield Golf Course occupied by such a development. This proposition uses a series of courtyard blocks developed by Mikhail Riches for the Bridgewater Triangle development in the Olympic Park, comprising development with a mix of heights from three-storey townhouses to 11-storey residential towers.

The above arrangement would deliver approximately 1,700 dwellings, providing homes for 5,700 people; the equivalent of 91 dwellings per hectare of the development site (excluding the remaining 9 hole golf course).

As of March 2019, Enfield had around 10,500 people living in temporary accommodation – the third highest figure of all the London boroughs. The redevelopment of half of Enfield Golf Course would provide homes for more than half of these.

Although the delivery of new homes is desirable, this could also lead to an improvement in the Urban Greening Factor of the site. By providing intensive green roofs to all the new accommodation and permeable paving to the streets and squares within the courtyard blocks, the urban greening factor of the overall site is slightly increased to 0.63.

As well as improving biodiversity, what was previously inaccessible land benefiting only a small minority would be opened up to a far wider range of people for the purpose of leisure, exercise, food production and enjoyment.

9 of the original 18 holes within the golf course are retained; those golfers requiring an 18 hole course can simply travel a few minutes down the road to one of the other four clubs within the immediate vicinity.